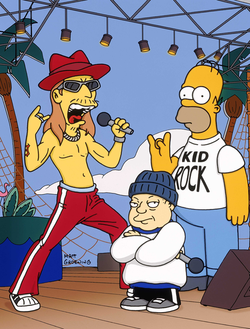 The Simpsons are going on spring break in Florida to hopefully cure Homer of his insomnia-induced insanity and fear of dying caused by answering a magazine quiz...but find themselves on the run from the law for running down the town's mascot, Captain Jack.