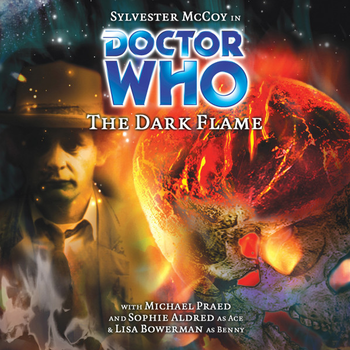 This episode, written by Trevor Baxendale, takes place in the Doctor Who New Adventures canon rather than the Big Finish timeline. It takes place immediately after "The Shadow Of The Scourge", between the novels "All-Consuming Fire" and "Blood Harvest".

The Seventh Doctor and Ace visit Bernice Summerfield at a physics lab, where she was dropped off to meet an old friend. Since the guy never showed up, Bernice has mostly spent her time at the lab being bored and helping out with garbage disposal.

The Doctor catches up with an old friend named Remnex, who immediately proceeds to get brutally murdered, and sends a distress signal back in time to the Doctor on his way there. Bernice, meanwhile, gets thrown down the garbage chute and ends up on the hellish planet below, where her lost friend (who was kidnapped and forced to do some emergency archaeology) also gets brutally murdered. His robot buddy Joseph, though, survives — albeit with a bit of Heroic BSoD at losing the man who programmed him.

The whole thing turns out to have been engineered by an Eldritch Abomination intent on destroying the known universe with the lab's physics experiments. He's spent quite a number of centuries surviving by means of Body Surf (and with the help of a nice big interstellar Cult). He effortlessly takes over Remnex' body and starts hypnotising people left and right, including Benny. With his original skull now having been excavated, he's about to use the Dark Flame to subdue all life and become a God-King. He also plans to use Benny's body as his next.

While Ace threatens to go suicide bombing, tries to snap Benny out of hypnotism and fights off animated skeletons with the Doctor's umbrella, the Doctor fuses Joseph's circuits to the MacGuffin (with Joseph making a Heroic Sacrifice in the process). When the Eldritch Abomination decides to engage in the Battle in the Center of the Mind with the Doctor, his Mind Rape fails rather spectacularly, and the Doctor — granted momentary Reality Warper powers — manages to fashion the whole thing into a rather more positive Close-Enough Timeline.