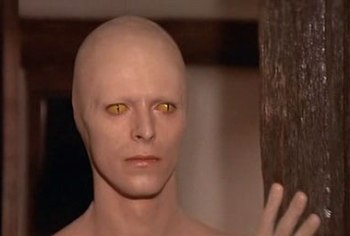 David Bowie was a master of brilliant music and the like... but he was also a subtle master of creepy fuel. And trust us, he truly knew how to scare people.

The Man Who Sold the World:

The Rise and Fall of Ziggy Stardust and the Spiders from Mars:

The Man Who Fell to Earth: