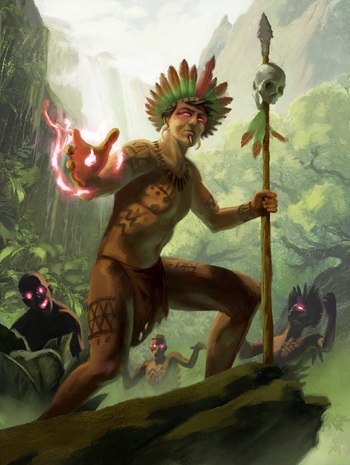 The mythology of different tribes that are indigenous to Brazil, in particular the jungles around the Amazon river. While modern Brazil is home to different ethnicities and religions (including Christianity and Voodoo), this page deals with the beliefs of the ancient native people. These people, alongside Taino, are South American tribes that are separate from Pre-Columbian civilizations, however, they still count as part of Native American Mythology. While you are here, be sure to also read about the Aztecs, Mayans and Incas.