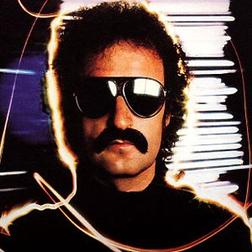 He began his career in the mid-60's, releasing under the name Giorgio very cheesy singles, most of them becoming unsuccessful (and, fortunately, largely forgotten). In The '70s, he started to become more successful, especially after Chicory Tip's hit "Son of My Father". He also founded Musicland Studios (in the late-60's), which held recording sessions by people like Led Zeppelin, Queen and Elton John.

His big breakthrough, however, came through two ways: one, through the hiring of Donna Summer to Casablanca Records (and his own subsidiary, Oasis Records), by producing a lot of her music till the 80's. The other way was through an increased use of synthesizers and computer programming. He produced the majority of Donna's hits, including "Love To Love You Baby" and the ground-breaking "I Feel Love". He also helped set the template for longer DJ sets (which became important from House Music to Techno and many other forms of Electronic Music) with his album From Here to Eternity.

He also produced two albums for Sparks, as well as scores and soundtracks for various movies and artists, including Midnight Express (which became the first all-electronic score to win an Academy Award), American Gigolo, Cat People (the song of the same name became one of David Bowie's more popular songs, albeit with a poppier version on Bowie's Let's Dance album), or Scarface (1983). He also helped restore (and wrote a new soundtrack for) Metropolis. Another song which was produced by Giorgio (as well as part of the soundtrack) was the The Neverending Story theme (sung by Limahl).

Do not confuse his last name with Mordor. Or Marauder.