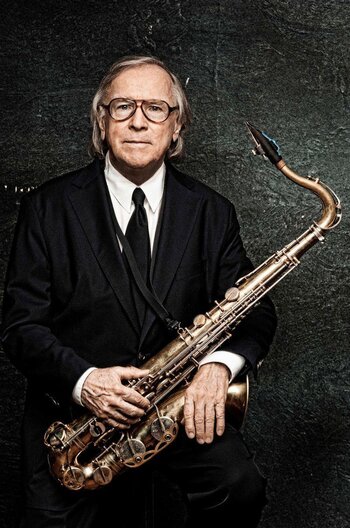 Klaus Erich Dieter Doldinger (born May 12, 1936 in Berlin) is a German musician and film/television composer.

He studied piano and clarinet music at the Düsseldorf conservatory in the late 1940s, graduating in 1957, though he eventually preferred saxophone, which would remain his Signature Instrument. He gained professional performing experience starting in the mid-1950s with the Dixieland jazz band The Feetwarmers and the ensemble Oscar's Trio (modeled after the work of Canadian jazz pianist Oscar Peterson). He then founded the band Passport in 1971 (also called "Klaus Doldinger's Passport"), which remains his best known ensemble and still enjoys success in Germany, with 28 albums to their name.

Doldinger also went on to become a successful film and television composer, with the electronic Title Theme Tunes of series such as Tatort and Ein Fall für zwei, and the soundtracks of motion pictures such as Das Boot and The Neverending Story.