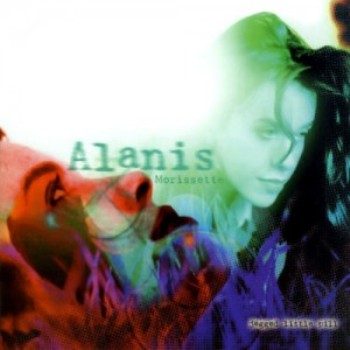 Jagged Little Pill is the third studio album recorded by Canadian singer Alanis Morissette. It was released through Maverick Records on June 13, 1995.

Recorded in the spring of 1994, when Morissette was merely nineteen, Jagged Little Pill showcased her pop sensibilities, which shone through various grunge and alternative rock-inspired riffs. Morissette's ability to compose songs quickly and effortlessly allowed for sun-drenched, radio-friendly tunes with angst-filled lyrics which resonated with teens and young women.

She also produced Genre-Busting raw melodies backed by elaborate production styles, propelling the album's singles to become crossover hits. Feminist and sentimental themes throughout the album channeled artists as diverse as Madonna and Patti Smith, while pop singers such as Katy Perry and Avril Lavigne credit this record for inspiring their careers.

The album was released to both critical and commercial acclaim all across the world. It is favorably compared to Carole King's Tapestry for its themes of heartbreak and failed relationships.

Commercially, it became one of the top albums of the 1990s, and is now one of the highest-selling albums of all time, hitting the top of the charts virtually everywhere. It has been certified Diamond (16-times Platinum) by the RIAA, and has sold 33 million copies globally. It went 10-times Platinum in the United Kingdom, while in her native Canada, it was certified Double Diamond. It was in the Top 25 of the Year-End Billboard 200 album chart for three straight years, topping the chart in 1996, and registered as the highest-selling album of the 1990s in the United States. It currently sits at #7 on Billboard's all-time album sales chart.

The album dominated the 38th Grammy Awards, and its impact would be felt at the next two award ceremonies, too. The album itself won Album of the Year in 1996, and "Ironic" was nominated for Record of the Year in 1997. "You Oughta Know" won several Grammys in the Rock category in 1996 as well.

Alanis went on a world tour to promote the album in 1995 and 1996. A video album which documented the entire tour was released in 1997, and again won a Grammy Award in 1998, this time for Best Music Video, Long Form.

These days, it is best known for being the Trope Namer for Isn't It Ironic?, despite not being a good example. Morissette herself has acknowledged this repeatedly, and even claims that the song is ironically about a woman who doesn't know what irony is. Clever.

The album was adapted into stage musical by Diablo Cody that premiered in summer 2018 to strong reviews, ahead of a Broadway premiere in December 2019.

CD versions also have "You Oughta Know" (Jimmy the Saint Blend, with the Hidden Track "Your House" (A Cappella)" (8:13)

"And I'm here to remind you, of the tropes you left when you went away":