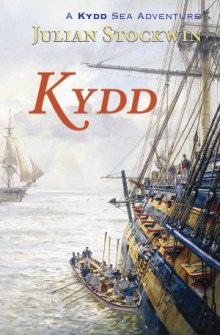 Kydd during the French Revolutionary and Napoleonic Wars. Accompanied by his friend, Nicholas Renzi, he moves up the ranks from pressed man to Admiral over the course of the projected total of twenty-one titles, the most recent title (as of June 2014) announced being the fifteenth book, Pasha. A list of all the novels published so far can be found here