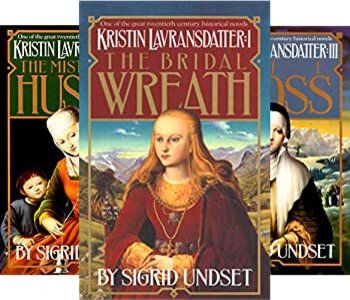 The cycle follows the life of Kristin Lavransdatter, a fictional Norwegian woman living in the 14th century.

Won Sigrid Undset the Nobel Prize in Literature in 1928.