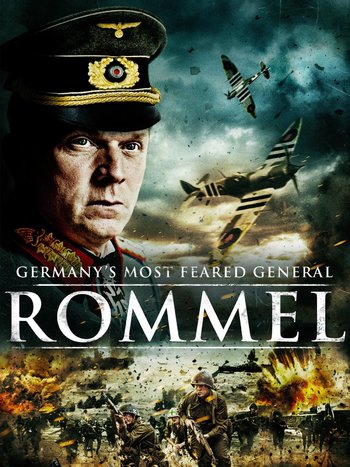 The lost hopes from the seas fell a tyrant's most feared general.
"We are also responsible for our own obedience!"
— Hannah Arendt
Advertisement:

It chronicles the last seven months of Field Marshal Erwin Rommel, who has been sent to command Army Group B on the Western Front in France. He is responsible for fortifying the Atlantic Wall, an extensive system of coastal defences built to prevent an Allied invasion through the English Channel. All the while he has to contend with skeptical superiors, his increasingly strained relationship with his beloved Führer Adolf Hitler and a band of plotters aiming to get his support in killing and overthrowing Hitler.

It was originally released on November 1, 2012.

"His heart belonged to the Führer."