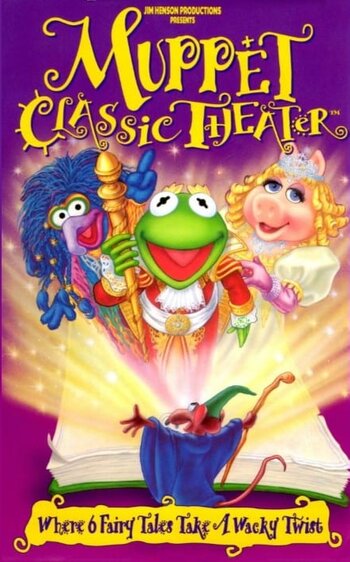 Muppet Classic Theater is a Direct to Video Muppet special from 1994. Much like The Muppet Christmas Carol before it, this one has the Muppets acting out classic stories, (mainly fables and fairy tales by Aesop, Hans Christian Andersen, and the Brothers Grimm) with Gonzo and Rizzo acting as hosts.

The Muppets do their own versions of six classic stories:

Notably, this special introduced a handful of characters who would have recurring roles on Muppets Tonight, namely Andy and Randy Pig, as well as elves who resemble Elvis Presley.