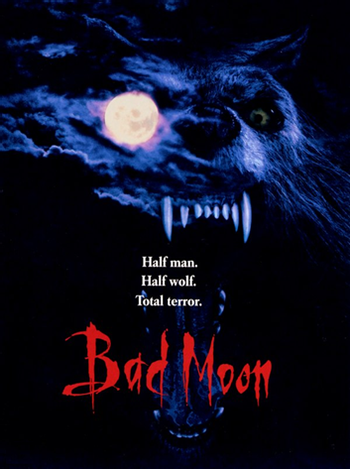 Bad Moon is a 1996 horror film directed by Eric Red and adapted from the novel Thor by Wayne Smith, which tells the story from the point of view of the eponymous family dog.

The story starts off pretty simple; a man named Ted Harrison gets attacked by a werewolf, becomes a werewolf. But then things become a lot more interesting when he moves back home and his sister invites him to stay at her place, along with her son and dog, a German Shepherd named Thor. While there, Ted attempts to fight his curse, but it is a losing battle. Thor, learning about his dangerousness, becomes determined to protect its owners from him.