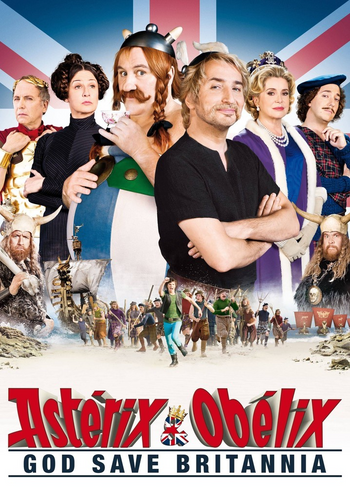 Asterix & Obelix: God Save Britannia (in French Astérix & Obélix : Au service de Sa Majesté) is a 2012 French comedy film based on the Asterix comic books. More specifically, it adapts both Asterix in Britain and Asterix and the Normans.

A fifth Asterix film, Asterix & Obelix: The Middle Kingdom, is due to come out in 2023, with a whole new cast.

A Roman soldier is now the unfortunate recipient of Obelix's door-opening to rescue his friend.

A Roman soldier is now the unfortunate recipient of Obelix's door-opening to rescue his friend.