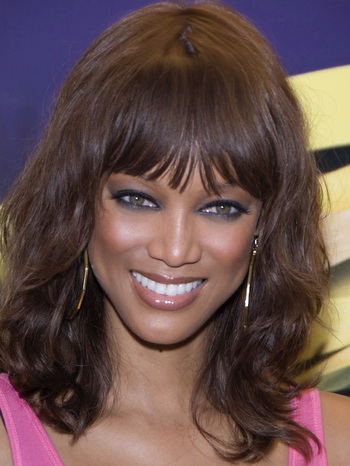 She first became famous for her appearances in the Sports Illustrated Swimsuit Issue where, in 1997 she became the first African-American model to appear solo on the cover.note She had appeared with Valeria Mazza the year before. She also created the Reality Show America's Next Top Model. She also has branched out into acting, with roles in such films as Higher Learning, Coyote Ugly and Halloween: Resurrection.

The following FIERCE tropes are associated with Ms. Tyra Banks.