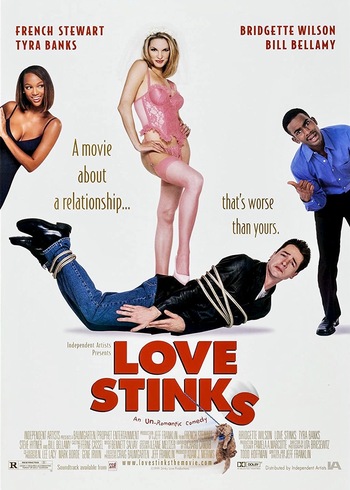 Seth Winnick (Stewart) is on the way to his wedding to Chelsea Turner (Wilson) when his buddy and best man Larry (Bellamy) pulls him into the airplane bathroom for a little chat... in which he begs Seth to call off the wedding.

Flash back a year prior to when Seth met Chelsea, at Larry's own wedding to her best friend Holly (Banks). Chelsea is an interior decorator whose beauty immediately catches Seth's eye, while Chelsea herself is attracted to Seth because he's a nice guy who happens to be single. The two ditch their dates and hook up that very day.

Before long, Chelsea has moved firmly into Seth's life as his live-in girlfriend. She's funny, sexy, and drop dead gorgeous, seemingly everything Seth could want — and is making increasingly not-so-subtle hints that she'd like to marry him. She doesn't take it very well when he makes it clear to her that he's really not interested in marriage, and the relationship quickly goes downhill when she decides to sue him for palimony.