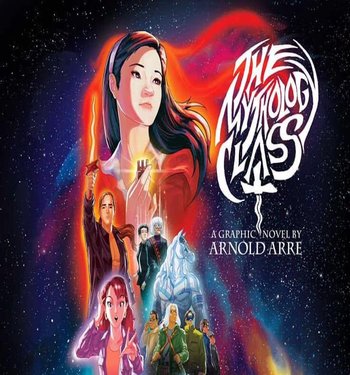 Never take things for granted.
Never ignore what is obvious.
For just when you least expect it... engkantos will always have a way of surprising you.''
Advertisement:

The Mythology Class is a late 1990s–early 2000s Philippine comic by artist Arnold Arre. The series, now complete, chronicles the adventures of a group of university students when they answer the calling of the old gods.

In 2020, Arnold Arre finally followed it up with a sequel, The Children of Bathala, which reunites the class years later.

The Mythology Class provides examples of: