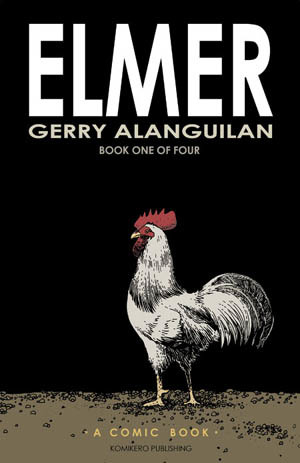 Elmer is a Philippine comic book written by Gerry Alanguilan.

Set in a world where chickens suddenly and inexplicably acquire the sentience and intelligence to stand in equal footing with human beings themselves, the story focuses on Jake Gallo and his family of chickens, specifically on Jake's father, the titular Elmer's experiences, as they strive to live and fight for their rights in a world that was once alien to them.