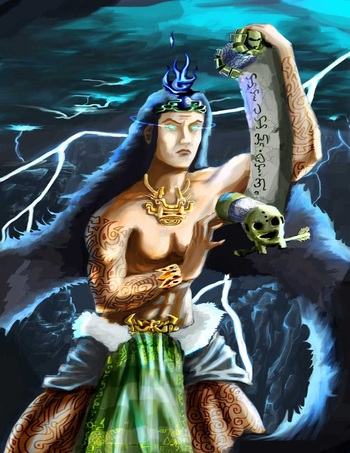 The islands of the Philippines in Southeast Asia have gone through a long and tragic history. While in the modern-day they are home to multiple different ethnicities with most of them having been converted by the Abrahamic, Buddhist and Hindu religions, this page deals with the mythologies of the ancient indigenous peoples. However, be warned that plenty of stories aren't for people with the faintest of hearts. Please be sure to check out the pages of the Malaysians, Thai and Vietnamese to find out more interesting information about the religions and the mythologies of the other Southeast Asian civilizations.