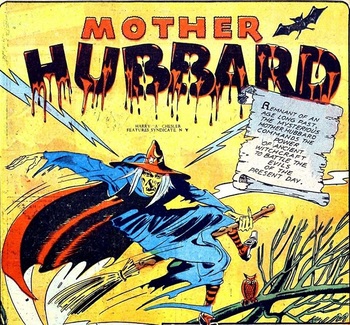 Mother Hubbard is a Superhero from The Golden Age of Comic Books, published by Chesler in Scoop Comics #1-3. She's a sorceress who uses her mystical abilities to fight evil.