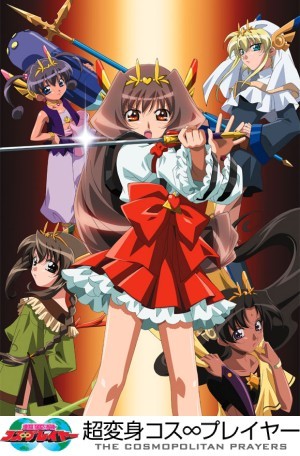 The Cosmopolitan Prayers or CosPrayers for short is an 8-episode Magical Girl show by m.o.e. about an Ordinary High-School Student, Koto Hoshino, who gets sucked into a parallel world and is recruited by the titular team of magical girls to fight evil and free the sun goddess Amaterasu, whom Koto was accidentally tricked into sealing away. 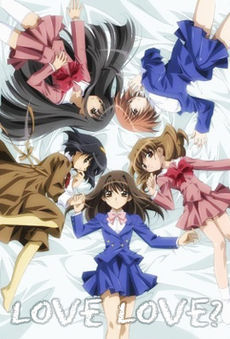 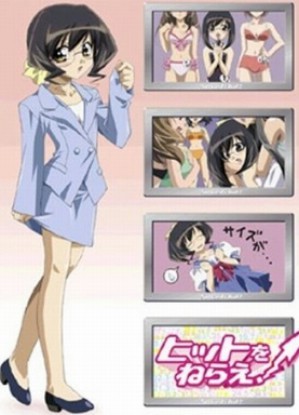 Tropes found in Hit wo Nerae!: