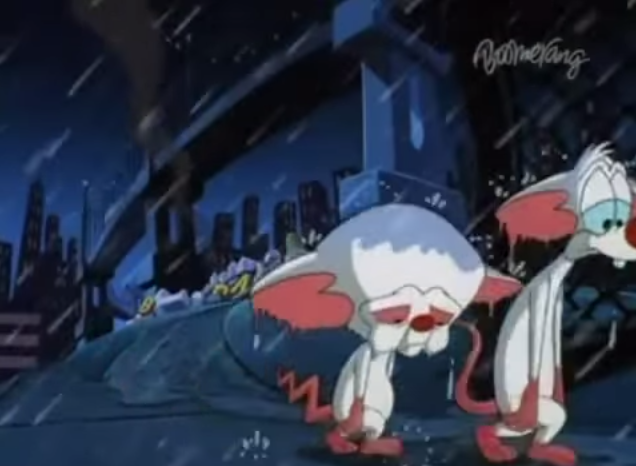 "The situation's changed, for Pinky and the Brain. No laboratory, alone in the rain..."