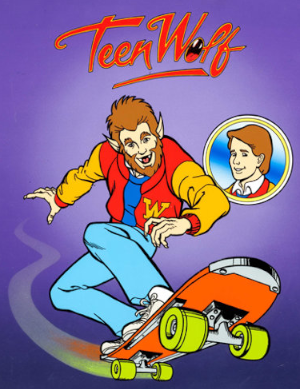 Teen Wolf, also known as The Cartoon Adventures of Teen Wolf, is the 1986 Animated Adaptation of Teen Wolf. It contains several changes from the film, such as Scott's werewolf nature being a secret. It ran for one season of 21 episodes on CBS. It was a co-production by Southern Star Productions and Hanna-Barbera's Australian-based animation house.