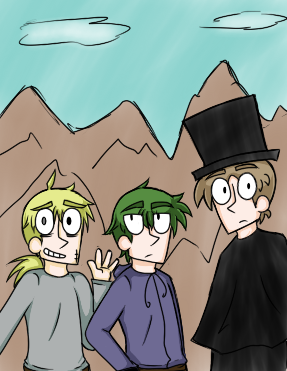 is about a scavenger, a zombie and a plague doctor in a small town after the apocalypse. Benjamin the scavenger has been a loner until he comes to town. Jeff the zombie just doesn't know what to do. Felix the plague doctor is trying to get in with the leaders of the town but is not very successful at it.