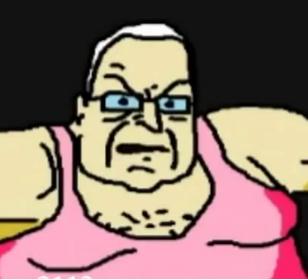 "What the fuck?"
"You fuckin' druggo."
— Sassy the Sasquatch on Lez.

The show deals with the day-to-day life of Leslie "Lez" Mackerel, a short-tempered Australian man. Also along for the ride are his mates Sassy The Sasquatch, a sasquatch stoner who's never far from his bong and "every drug on the planet", and Lez's son Quintin. Lez routinely gets into conflict with his neighbour Norton.

Over the course of the series, the plot changes from a series of random vignettes into a story that involves Aliens, Mysterious islands, space travel, and the fate of the entire world.

Tropes associated with "The Big Lez Show" include:

"Sassy just loves drugs" would be the understatement of the year.

Example of:
The Stoner

"Sassy just loves drugs" would be the understatement of the year.