Video Game / The Lord of the Rings: The Two Towers 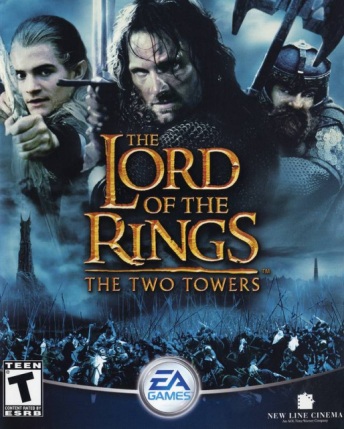 The Lord Of The Rings: The Two Towers is a Hack and Slash tie-in game to the Lord of the Rings film trilogy. It was released to coincide with the 2002 film of the same name, but actually covers events from the first film as well, starting with the siege of Barad-dûr depicted in the prologue to The Fellowship of the Ring. In the main version ported to all major consoles, you’re allowed to choose Gimli, Legolas or Aragorn for each mission, and it’s possible to replay successful missions with the other two later on. It boasted advanced graphics for its day, as well as the use of the original film score and actors. The Game Boy Advance version was understandably much simpler and had largely different gameplay, including isometric view and larger cast of playable characters.

The console version game was universally well-received, and possesses Metacritic rating of 82

. The game received a sequel, The Lord of the Rings: The Return of the King, which dealt with events from the third film and was similarly well-received.

The console version of the game provides examples of the following tropes:

Alternative Title(s): Lord Of The Rings The Two Towers