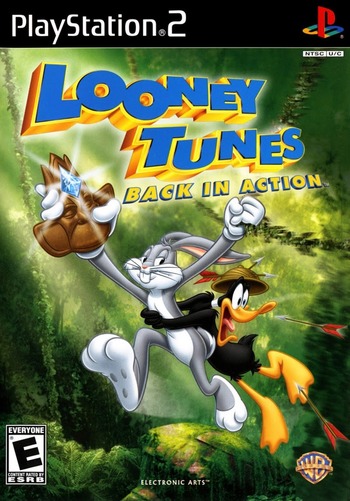 Looney Tunes: Back in Action is a 2003 video game based on the film of the same name. It notably doesn't have any main human characters with the exception of the chairman (voiced by Joe Alaskey instead of Steve Martin). It was developed by British studio Warthog Games and published by Electronic Arts for the PlayStation 2, Nintendo GameCube and Game Boy Advance.

Looney Tunes: Back in Action contains examples of: