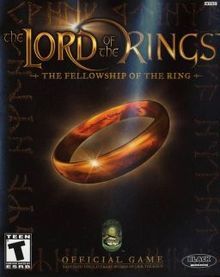 One ring to rule them all.

The console and PC versions are an action-adventure game where the gameplay alternates between Frodo, Aragorn, and Gandalf. The GBA version is a roleplaying game with turn-based combat, and all nine members of the Fellowship become playable as soon as they join the party.