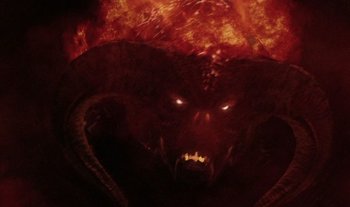 "You know what they awoke in the darkness of Khazad-dum... Shadow and flame..."
Advertisement:
DOOM.