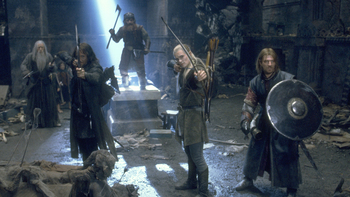 "Let them come! There is one dwarf yet in Moria who still draws breath!"