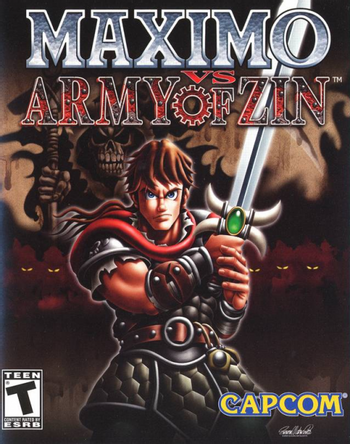 The 2003 sequel to the Capcom game Maximo: Ghosts to Glory.
Advertisement:

Maximo and Grim are still searching for the missing Sophia, when they come across a new threat to the land: The Army of Zin, robots that were defeated and sealed away hundreds of years ago, who have returned to take the world theirs.

Vs. Army of Zin provides examples of: