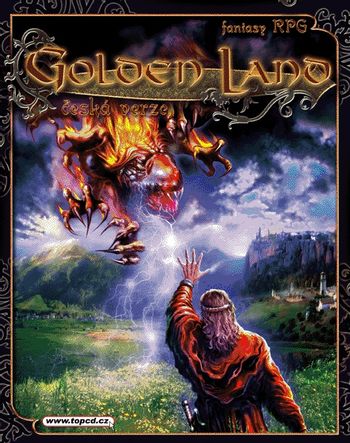 GoldenLand (Russian: Златогорье, lit. "The Land of Golden Mountains") is an obscure Role-Playing Game series developed by the Russian studio Burut CT. Based on the Russian Mythology and Tales, the first game is set in the eponymous mythologized version of Kievan Rus' on the eve of the Mongol invasion and follows a nameless hero on a quest to defend his homeland from enemies both foreign and supernatural. Gameplay-wise, the series is reminiscent of Fallout, what with a multitude of Skill Scores and Perks, an Isometric Projection, and Turn-Based Combat.
Advertisement:

The series consists of following games: