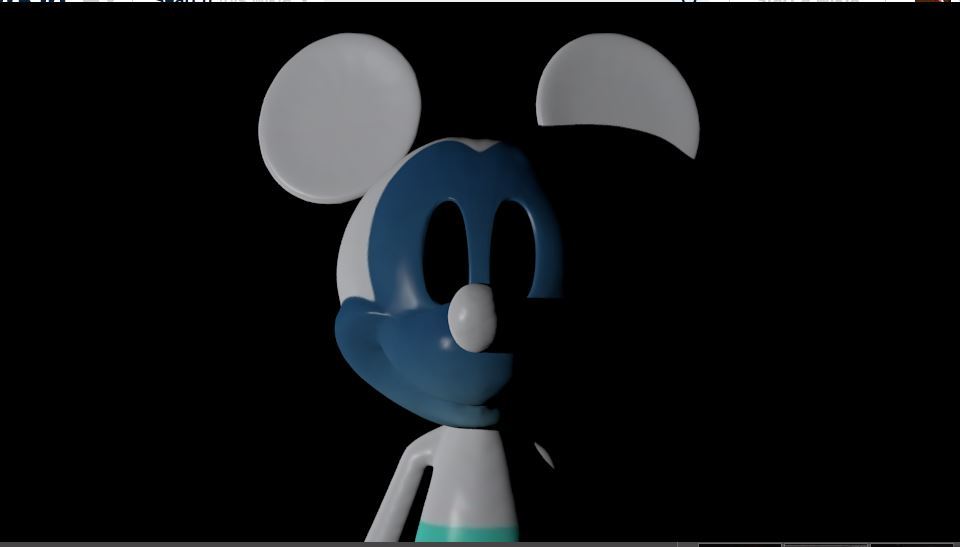 Get ready, 'cause it's me-ska, mooska... Mickey Mouse!
"I know you're here, so, please bless me and help me out here."
— Oswald

You are Jake, an intern at Disney, and you're assigned to watch Treasure Island at night per the agreement. According to the Five Nights At Treasure Island Wiki, "Jake was hired as an intern to collect data from the location, before a research team brings over more supplies from Alabama to investigate the attraction. Two people will leave voicemails providing information on how to pass through all the nights.

"However, the costumes at the location are somehow alive and mobile, and will attempt to harm Jake if they encounter him ... Using this knowledge given to him from the Phone Callers, Jake must survive against Photo-Negative Mickey, Donald Duck, Goofy, and several other hostile costumes, from 12:00 midnight to 6:00 a.m."

Matthew Phoenix Rodriguez left the project in June 2015, unable to continue working on it with his schedule, but the Purity Sinners — the voice actors up to that point — had taken on the task of finishing the game. Alas, they could not keep the game out of Development Hell either, and due to personal matters with Purity Sin and drama surrounding the game — culminating in getting chewed out by Slimebeast himself — it was eventually cancelled.

However, over the course of time, the project was revived and completed by multiple fans, the most popular of which is one released in September 2016 by a user named — funnily enough — Photo_Negative_Mickey. You can play the reboot here.

As of recent however, the game is officially being revived

...with Matthew Phoenix Rodriguez back in the helm, saying that he will make the remake faithful, but polished.