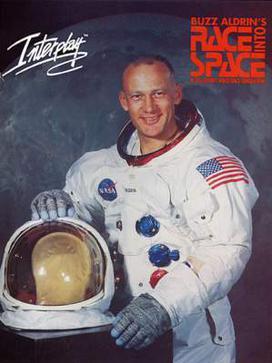 Buzz Aldrin's Race Into Space, frequently abbreviated BARIS, is a 1993 space simulation and strategy game for MS-DOS. The player takes the role of Administrator of NASA or head of the Soviet space program with the ultimate goal of being the first nation to conduct a successful manned moon landing. A creator-approved open version (titled simply Race Into Space) has since been released, adding support for Macintosh and Linux.

It is Nintendo Hard. If that doesn't discourage you, you can download the free version at its SourceForge page

, currently in development by Slitherine Ltd.

Tropes for This Game Include: