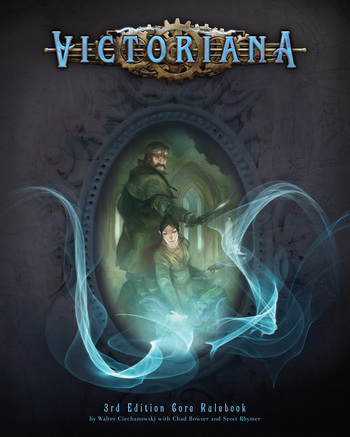 Victoriana is a fantasy tabletop RPG from Heresy Games and later, Cubicle 7, set in Victorian London. A few things are different from our history books. Well, a lot of things. Queen Elysabeth was an Eldren, the Royal College has a Guild of Sorcery, and some of the lower classes really aren't human.