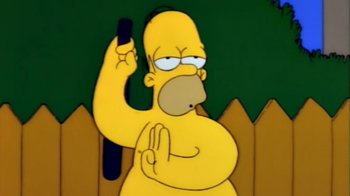 Bart is expelled from school after running down the Superintendent with Groundskeeper Willie's tractor, and Marge takes to home-schooling Bart after transferring him to another school proves useless. Meanwhile, Lisa is sickened and disgusted by an upcoming town holiday where snakes are driven to the center of town and beaten.

The episode was awarded the Genesis Award for "Best Television Prime Time Animated Series" in 1994 for "consciousness-raising on behalf of animal issues."