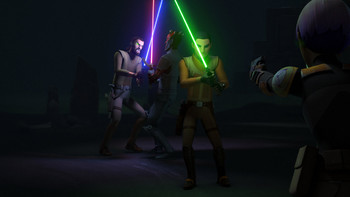 Haunted by visions of Maul, Ezra has to journey across the Galaxy. Upon arriving at his destination, he has to participate in a strange ritual to sever his connection to Maul.