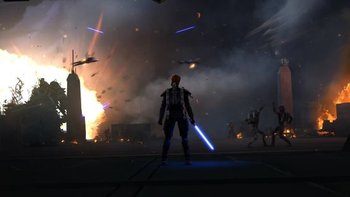 Maul has taken control of Death Watch and lures Obi-Wan to Mandalore using Satine. Meanwhile, Darth Sidious does not like what he is hearing about Mandalore.