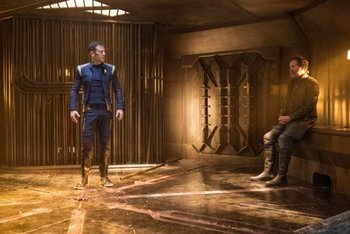 Lorca is captured by the Klingons and Discovery must go to his rescue, while Burnham worries about the effects of the spore drive on the tardigrade.