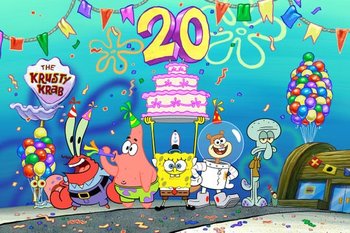 SpongeBob and Patrick tour the surface world, while the rest of Bikini Bottom prepares a surprise party for SpongeBob.