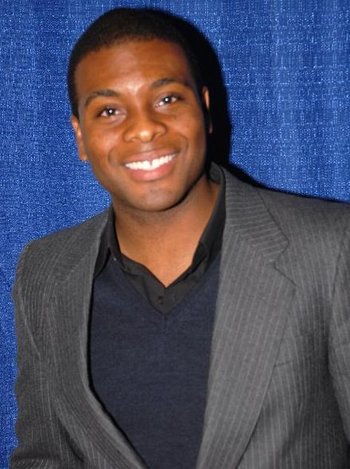 Kel Johari Rice Mitchell (born August 25, 1978 in Chicago, Illinois) is an American actor, comedian and rapper. He first became well-known for his role as a cast member on the Nickelodeon sketch comedy show All That. His character Ed became popular enough to be given a spin-off film, Good Burger. He also starred in Kenan & Kel with his All That co-star Kenan Thompson. The comic duo parted ways after that series' cancellation but reunited in 2015 for a sketch on The Tonight Show Starring Jimmy Fallon. Mitchell's other roles include Invisible Boy in the cult comedy Mystery Men and Double G on Nickelodeon's Game Shakers.