Recap / Futurama S 3 E 4 The Luck Of The Fryrish 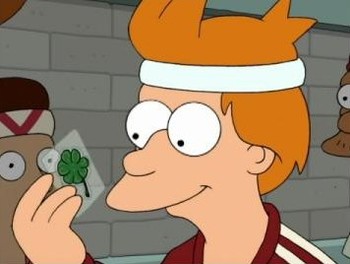 Don't you forget about me...
Advertisement:

Broadcast Simultaneously One Year In The Future

During his youth, Fry found a seven-leaf clover which brought him luck. In the 31st century, Fry has a string of bad luck which induces him to reclaim it.