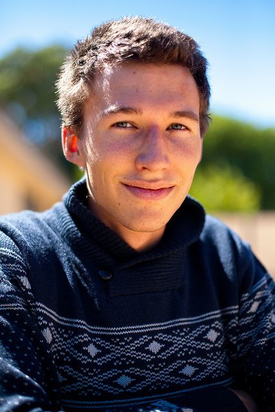 Bertke is a particularly idiosyncratic producer due to his unique style of sampling (very similar to Todd Edwards' groundbreaking "microsampling" techniques) in which he takes small clips of quotes, melodies, and sounds from practically anything (film, TV, video games, even real life) and sequences the sounds together along with melodic elements to form a new work of music.

He credits the PlayStation game Music with his initial interest in music production, which he worked in for seven years before the runaway success of "Alice", a remix of Alice in Wonderland released in 2007, generated his first wave of widespread attention for his music. (The song still stands as his most-viewed — and arguably most popular.)

His works have landed him promotional jobs working with big names in the industry, which has in turn been known to cause interference (in fact, Disney commissions every mix Nick makes of one of their films or else they'll sue).

Besides his YouTube channel, he has a solid discography of less specifically-sampling music as well as an extensive back catalog of rarities that has been thoroughly documented by the fan channel BSHFTW

Aside from his music, he has also made a name for himself for his opinions, which often take the forms of critiques of modern culture, some even being exaggerated self-dubbed satires which have not usually worked in his favor.

Nick and his music demonstrate the following tropes: