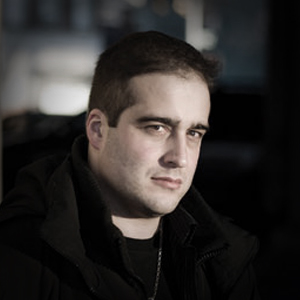 Todd Edwards (born December 9, 1972) is a garage/house producer from Bloomfield, New Jersey recognized as a major influence on the mid-1990s UK garage scene through his inventive use of sampling.

The most defining trait of Edwards' music is his extensive use of microsampling — taking miniscule samples and rearranging them to create an entirely new melody. While this technique was used by house producer Marc Kinchen before him (you may know him for his ever-popular remix of "Push the Feeling On" by Nightcrawlers), Todd took it to another level.

Rather than use small samples from one song, he would take samples from many songs to create a unique and fresh sound. This method of sampling was unheard of before Todd started making music - the dominant method used by sampling experts before him like The Dust Brothers and The Bomb Squad was to create new songs by cobbling together longer samples from other songs.

Beginning on 111 East Records, he released the single "Get Carried Away" under the name "The Todd Edwards Project" in 1992. This song was very much unlike anything he had made since, as it's more like a regular dance track, and doesn't contain his signature sample chopping style he is famous for today. A year later, he released another single, called "Guide My Soul" on the New York-based label, Nervous, this time as "The Messenger". This one was closer to his usual sampling style.

A year after that, he released the single "The Praise", now as "The Sample Choir". The same year, he made many tracks for i! Records, a then new New Jersey-based label. One of them, "Saved My Life", became a huge club hit, and gave him his place in the world of Electronic Music.

He has made remixes for a large pool of artists, such as St. Germain, Daft Punknote also provided the vocals and co-produced their songs "Face to Face" (which contains some particularly inspired microsampling) and "Fragments of Time", the only song on their album Random Access Memories to have any sampling aside from "Contact", Justice (as Sunshine Brothers), The Superman Lovers, Beyoncé, Kraftwerk and Enya.

He has also dabbled in other genres, such as smooth jazz

(under the name Clever), funk

He is also a Christian, which greatly influences his music.

Tropes that apply to Todd Edwards or his music