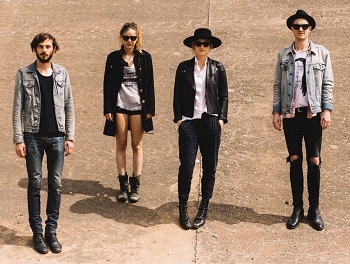 A four-piece Los Angeles-based Rock/Punk/Post-Hardcore band consisting of Emily Armstrong (Lead Vocals/Rhythm Guitar), Sean Friday (Drummer), Siouxsie Medley (Lead Guitar) and Chris Null (Bass). While a relatively new act, they had a minor hit with "Weatherman". Also, a few of their songs were featured on The Vampire Diaries and in Need for Speed: Most Wanted and Infamous Second Son.

The band has examples of the following tropes: