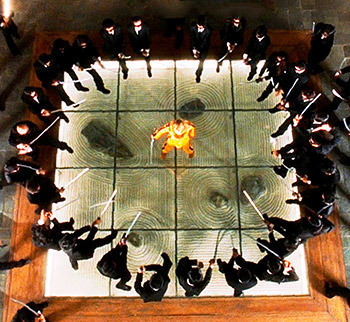 A Sub-Trope of Multi-Mook Melee. What separates it is its radialness. A character will be in the center of a ring of Mooks and then proceeds to kick ass inside that ring. During such fights Back-to-Back Badasses is very useful or a Spin Attack because Everything's Better with Spinning.