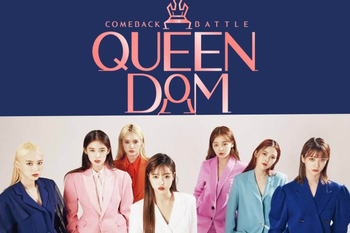 A Korean reality survival show that started in 2019. Competing are six established acts that all consist of women only. These are girl groups AOA, Mamamoo, Lovelyz, Oh My Girl and (G)I-DLE, as well as soloist Park Bom. The goal is to have a comeback at the same time and see which one does best.

As the show starts, they get assignments where they have to compete with each other both as groups and in units. The ranking is determined by audience voting, voting by a designated special group and voting amongst themselves. Any group that ends up sixth twice in a row will be removed from the show permanently.

Apart from the competition in music and performance, they also play different games for perks and are shown getting to know the other groups better as they go to a retreat.

The show is already known to giving a boost to the popularity of all participating acts.