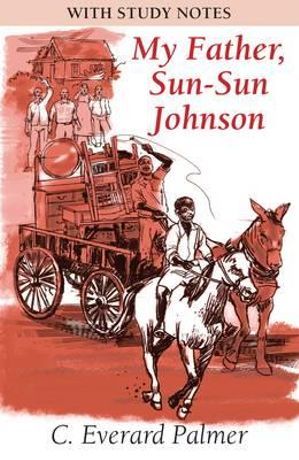 The Rami Johnson trilogy is a series of books written by Jamaican author C. Everard Palmer and published by Macmillan Caribbean Publishers. The first book, My Father, Sun-Sun Johnson, was published in 1984, followed by Full Circle: The Rami Johnson Story in 2003 and A Time to Say Goodbye in 2006.

The series, set in the village of Kendal in the parish of Hanover, chronicles the growth of the titular protagonist from his teens to early adulthood and eventual married life. In the first book, he contends with the after-effects of his parents' divorce and his father's loss of land and business power to rival Jake Hibbertson, and outlines the efforts his father makes to reclaim his status and reputation. The second book chronicles Rami's efforts to fully reclaim his family land from Jake, while going into his courtship of his longtime sweetheart Donna Rae Hilcher. The third book, told from Donna Rae's point of view, outlines the Johnson family's reaction to Jake's previously-unknown younger brother coming to set up roots in the village, and goes in-depth into the development of certain minor characters.

The series is used in schools as English Literature textbooks.

(N.B.: At this time, the trope list for this page is incomplete.)