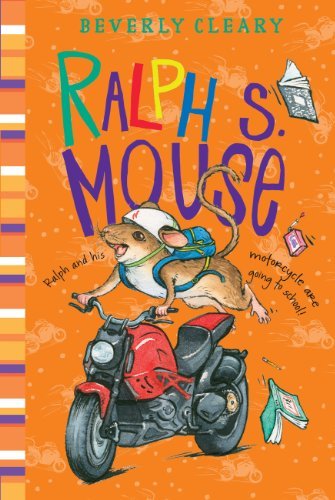 The Ralph S. Mouse series is a trilogy of children's chapter books by Beverly Cleary. The first two books were illustrated by Louis Darling; the last one by Paul O. Zelinksy.

The first book, The Mouse and the Motorcycle (1965), deals with Ralph and his adventures around Mountain View Inn once a boy named Keith gives him a toy motorcycle. The second, Runaway Ralph (1970), deals with Ralph running away from home and going to a summer camp, where he stays in a cage with a grouchy hamster named Chum. The third, Ralph S. Mouse (1982), has Ralph becoming friends with a new boy named Ryan who lets him live at his school.