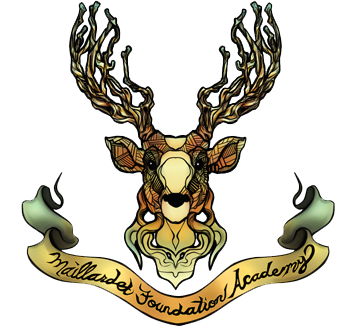 Retcons is coming.
There were protesters at his father’s funeral.
— The opening line of The Posterchildren: Origins.
Advertisement:

The Posterchildren, by Kitty Burroughs, is a series of YA Superhero novels, and short stories, with LGBTQ themes and more puns than you can shake a stick at. The first novel follows four characters: Mal Underwood, June Hovick, Ernest Wright, and Zip Chance, alternating between each of their points of view as they go through training at Maillardet's Foundation for the Future of Humanity.

The description for the first book, Origins: "Nestled in the Cascade mountains in the Pacific Northwest, Maillardet's Foundation for the Future of Humanity is widely accepted as being the premiere training facility for young posthumans. The Academy accepts superpowered posterchildren from ages six through seventeen, guiding them through the training that they'll need if they want to become legally licensed heroes. Maillardet's Academy advertises itself as being for all types, welcoming the offspring of the greatest heroes of today — like Ernest Wright, the son of the Commander — along with new posters just learning to control their powers — like Juniper Hovick, a temperamental New Yorker with a flaming menagerie. Maillardet's is where the heroes of tomorrow are assembled today, so the pressure to perform is high. For disgraced legacy poster Malek Underwood, the third block of his training begins with him being knocked from his pedestal as the top student in the school, then paired with an almost-failing lesbian speedster named Zipporah Chance. Though they come from different backgrounds, Ernest, Juniper, Malek, and Zipporah all have the same goal: surviving the year. If they're ever going to become heroes, they have to make it to finals, first."

The Posterchildren contains examples of: