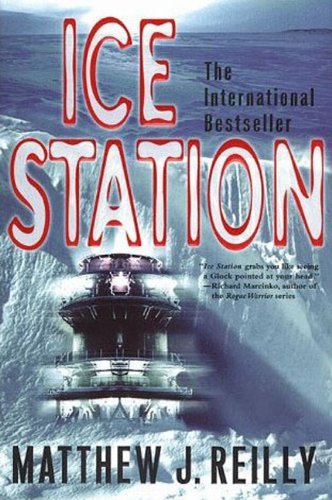 At the bottom of the globe...in the coldest place on Earth...the heat is on...
Antarctica is about to explode.
Advertisement:

Hailed as "More Explosive than Die Hard and faster than Speed," Ice Station makes a considerable case for its inclusion in the action movie hall-of-fame. Surprising, considering it's a novel.

Written by Matthew Reilly in 1998, Ice Station is the riveting story of Lieutenant Shane Schofield and his crack team of US Marines, whose mission is to secure an important discovery at an Antarctic research station.